Island Trips off the coast of Connemara

Inishturk is an Island off the Co Mayo coast and a popular destination with guests taking Island Boat Trips during their holiday or short break in Connemara, Ireland. Inishturk has some of the most spectacular sea cliff scenery anywhere in Ireland where the cliffs are home to thousands of nesting seabirds and are an ornithologist’s paradise. Inishturk also has beautiful sandy beaches just a few minutes walk from the quay. The Island is home to 85 welcoming people.

The island trip starts in Cleggan, 5 mins drive from Sharamore House, where you will board our boat Blue Water. The trip takes 35 mins and passes by neighbouring Island Inishbofin, which is also home to 180 people, and uninhabited Davilaun. If you are in luck, you will be escorted by our local pod of Bottlenose Dolphins. Sometime during the trip to Inishturk, we will stop and see if the many different species of fish are biting. They almost always are and, even if you have never fished before, you are guaranteed success. Fishing tackle is provided on board.

On arrival at Inishturk Quay, you can either head for the beaches for a lazy afternoon or take an escorted walk around the island with John, who will elaborate on the bird life and history of the island. The walk takes at most 3 hours and is only moderately strenuous. The majority of it is on paths. You will climb to the Napoleonic signal tower at the highest point of the Island. From this point, there are stunning views of the mountains of Connemara, Mayo and neighbouring Clare Island. Then you descend to the cliff edge on the west side of the Island and try to spot the Peregrine Falcons amongst the Fulmers, Puffins, Choughs and more. Almost invariably the walk seems to finish at the community centre which is also the island’s only pub! From there, it’s back to Blue Water and Cleggan with another fishing stop for those interested. 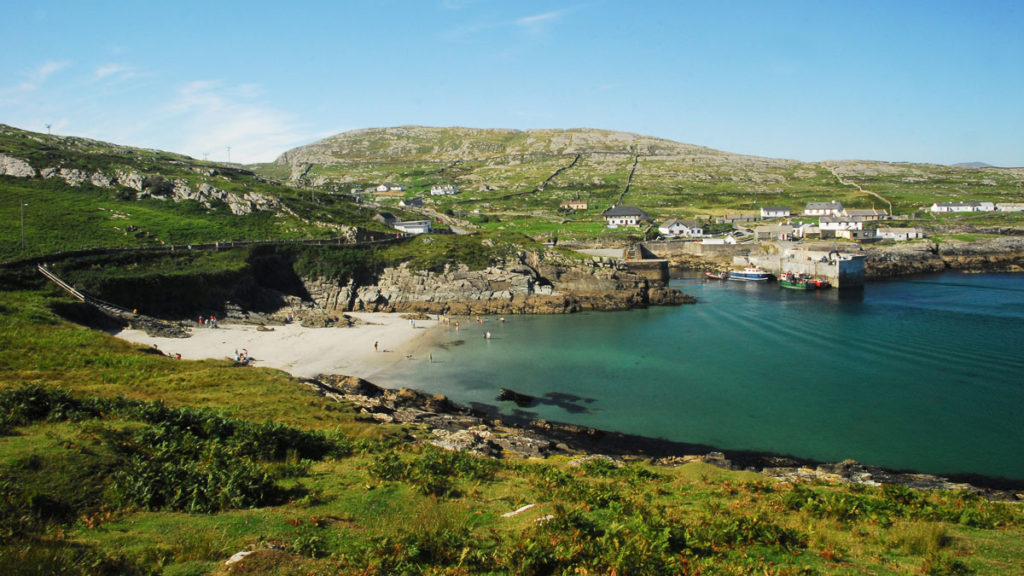