A mixed group shared a days Shark fishing on Blue water with great success. 15 miles west of slyne head we started the rubby dubby trail and began putting out a few shark baits. As it normally takes an hour or so for a shark to appear i tried to encouraged the crew to drop a bait to the bottom, 120 meters away!. Despite the possibility of a Hake or other interesting species only 1 angler let his baited feathers down to the bottom and fairly quickly had a reasonable sized fish which he began hauling to the surface. Just as it was about to come into view the fish went into turbo mode and began to strip line from the reel like mad, after 15 mins of a drift we had made unexpectedly made contact with the first shark of the day. We never saw the bottom fish as the shark ate it before it got to the surface so its a mystery as to what it was. Exactly the same thing happened to the largest Hake we would have had onboard Bluewater a few years ago, the shark ate most of the fish leaving a good sized head on the hook. After this we abandoned the bottom fishing and got the heavy gear out for a great days shark fishing. We had 10 on board with 3 nice big ones and one really small one who was very cross and well able to bit a stray finger! 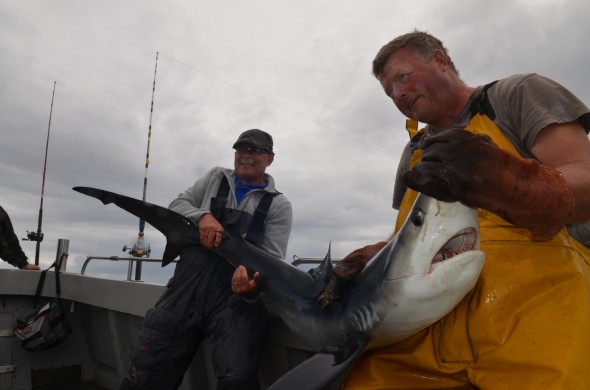 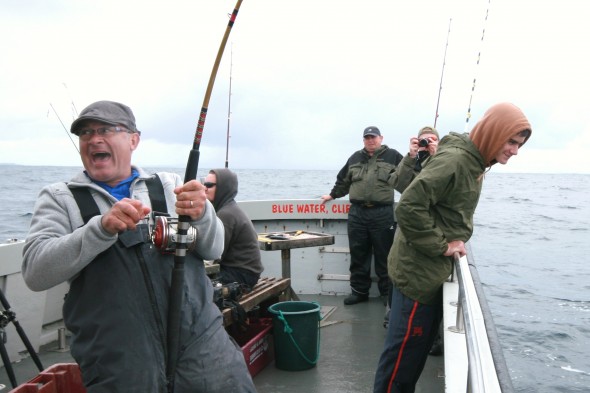 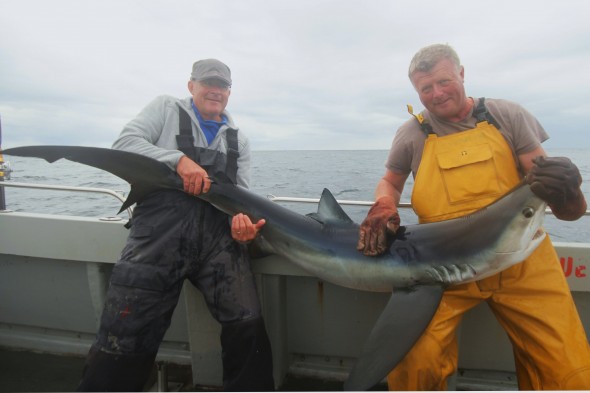 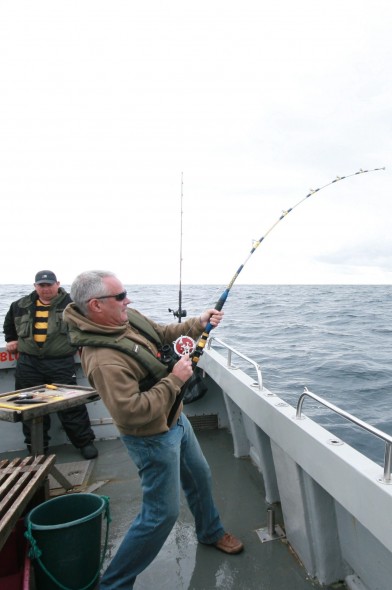 Get the Facebook Likebox Slider Pro for WordPress
Posting....